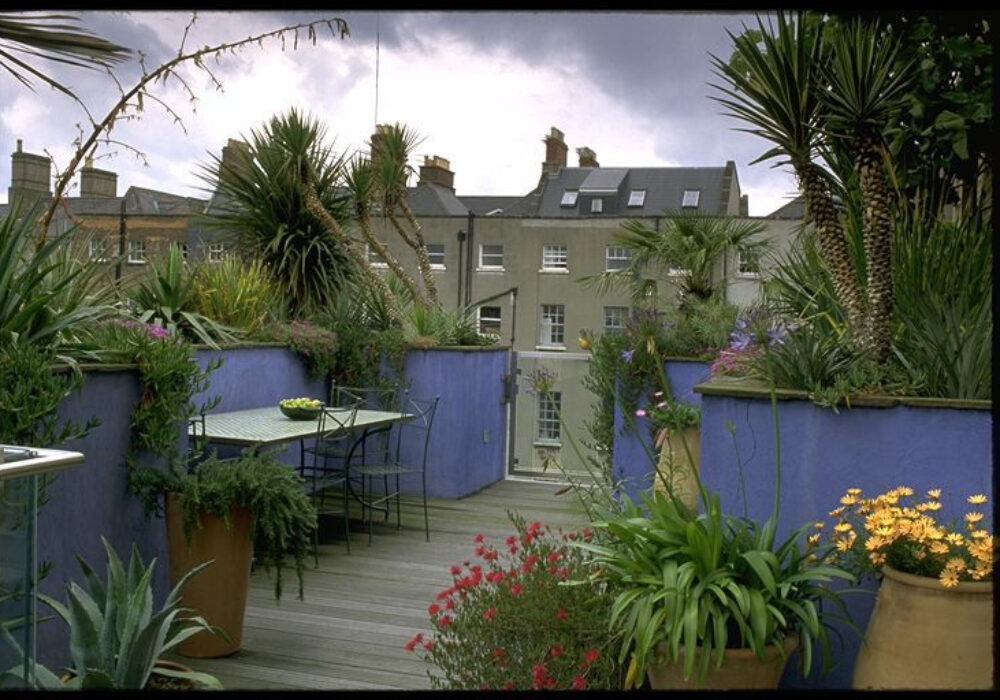 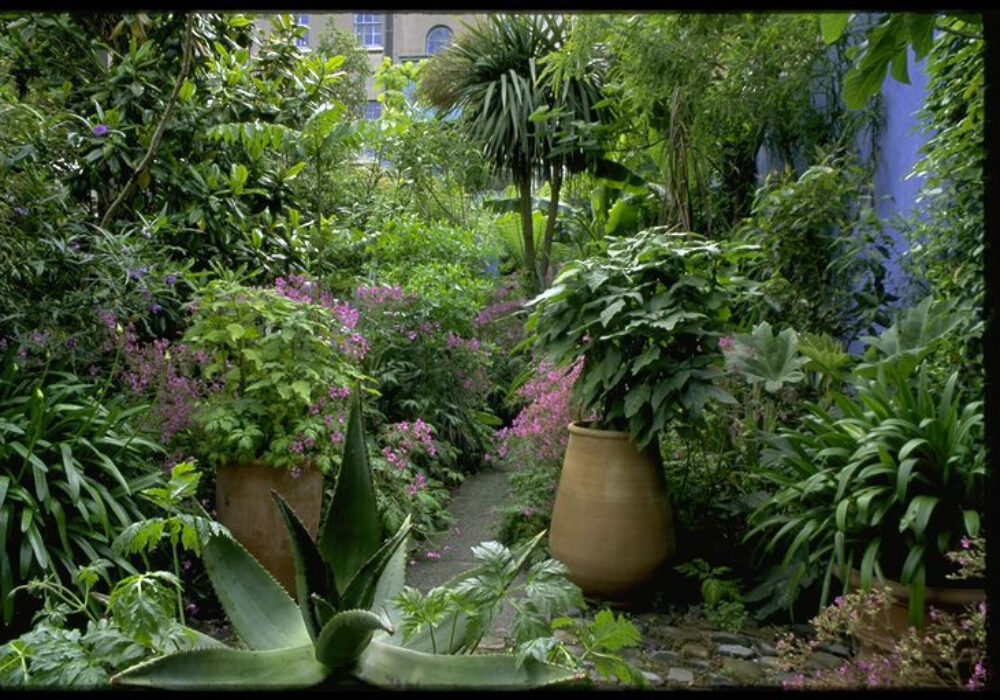 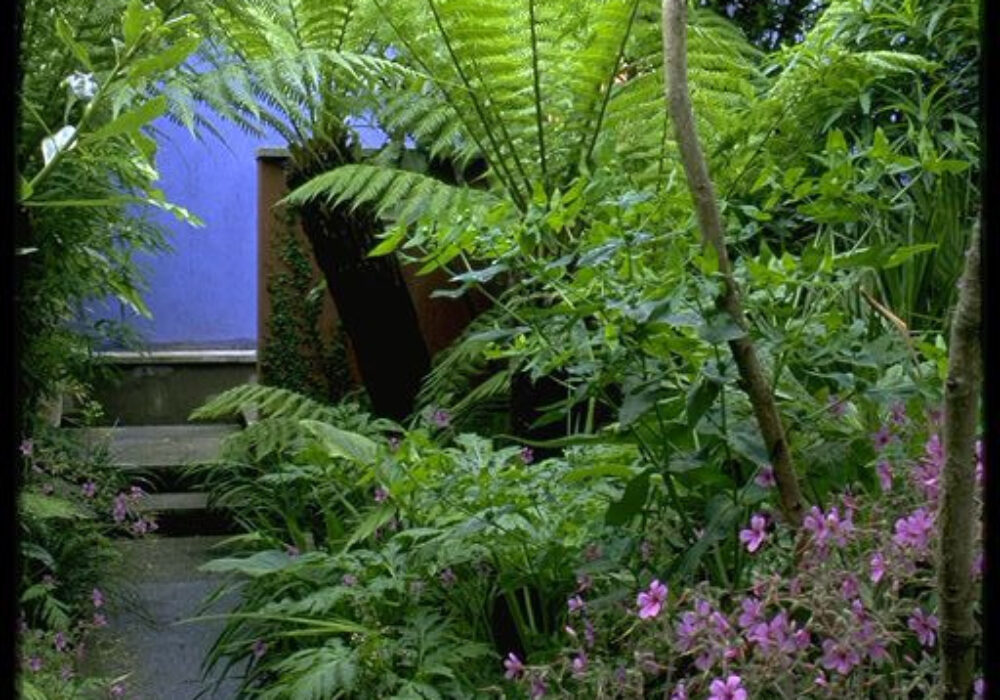 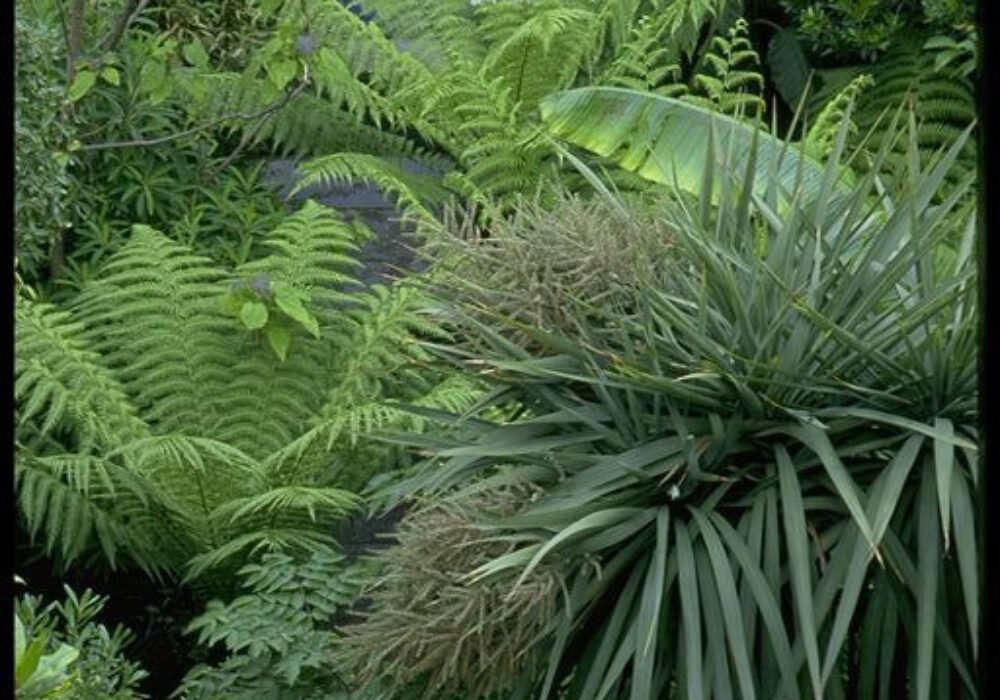 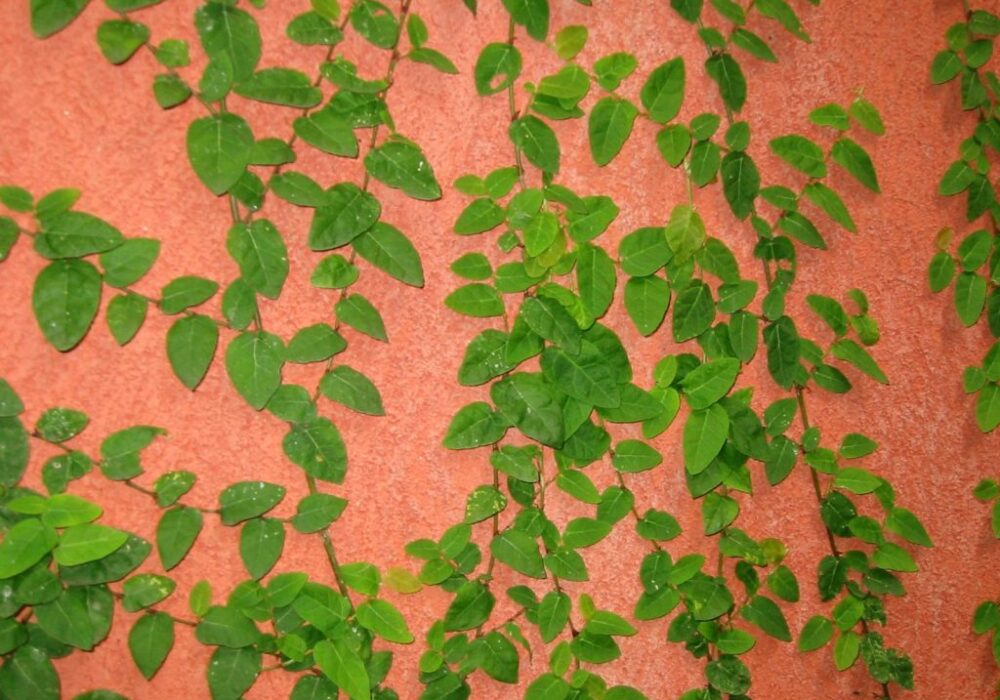 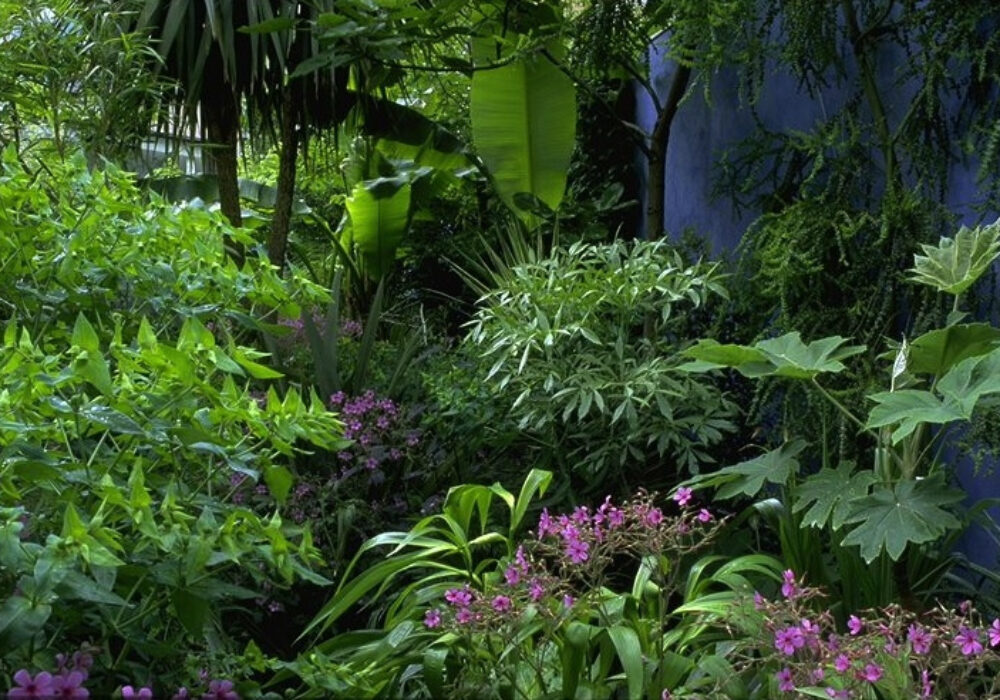 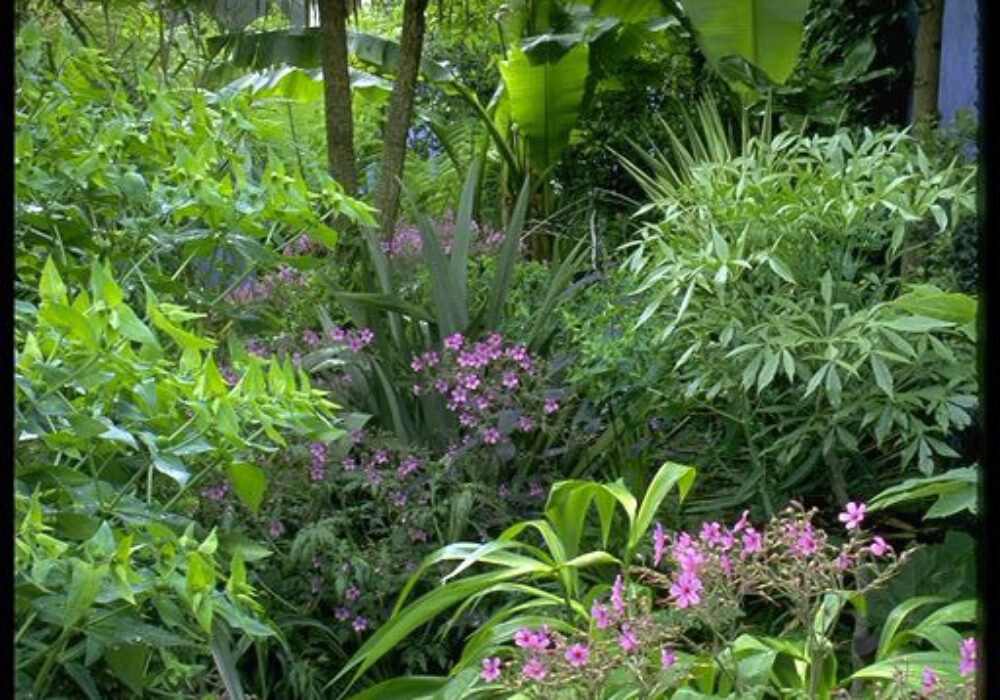 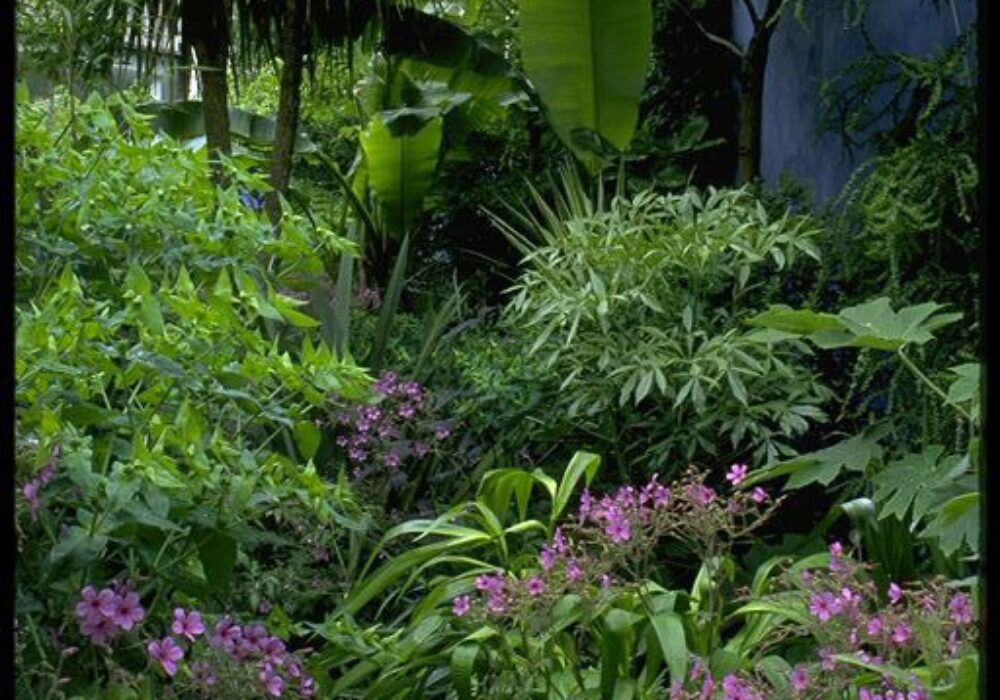 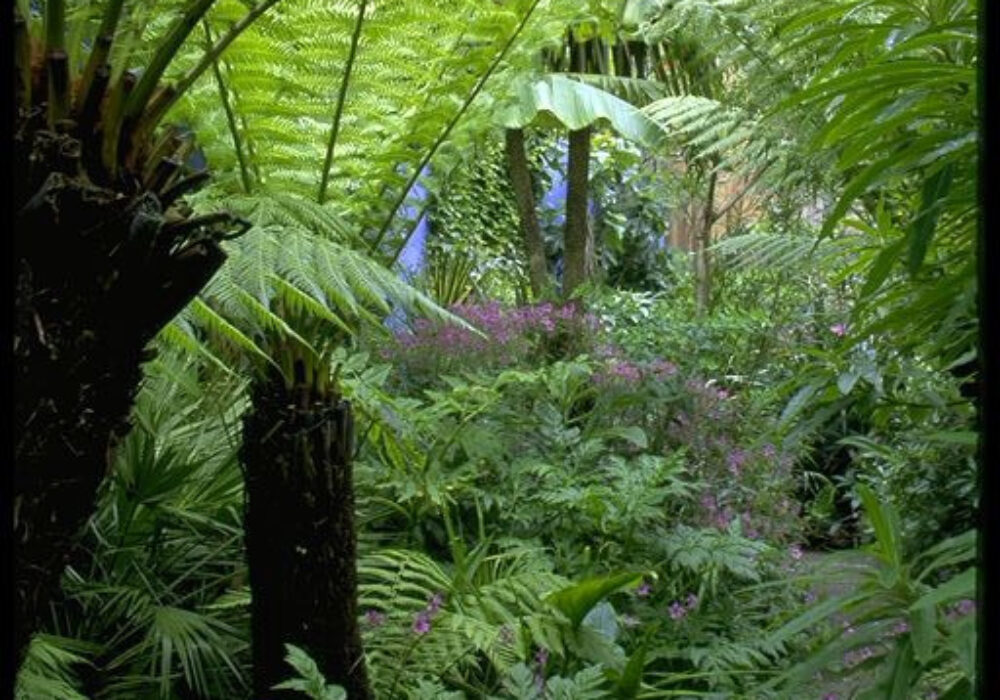 The client, a film producer, specifically asked for Italian pigmented plaster to be incorporated into the scheme, hence the blue and burnt orange walls. A simple rectangular site, the brief was to design a scheme that immersed people in a wonderland, a fantasy, while providing privacy from the four-storey Georgian houses overlooking the garden.

I specifically chose fast-growing hardy exotics that would quickly knit together. It was great fun to do and a logical follow-through from the fantasy world of film. The overall effect of tall verticals in such a narrow restricted space increases the sense of scale and blurs the prominent boundaries.