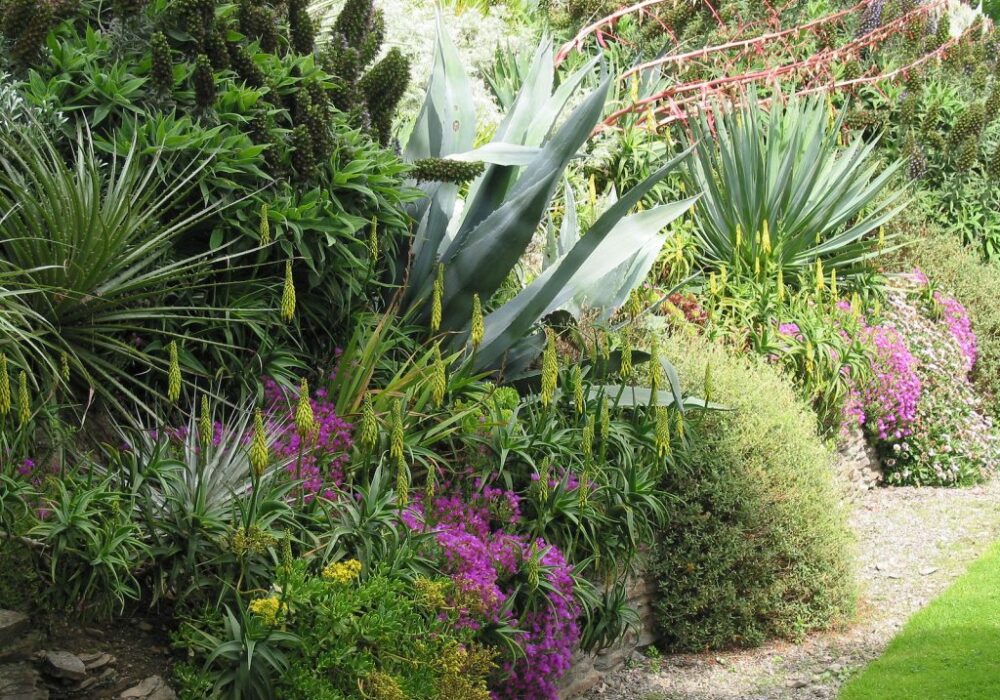 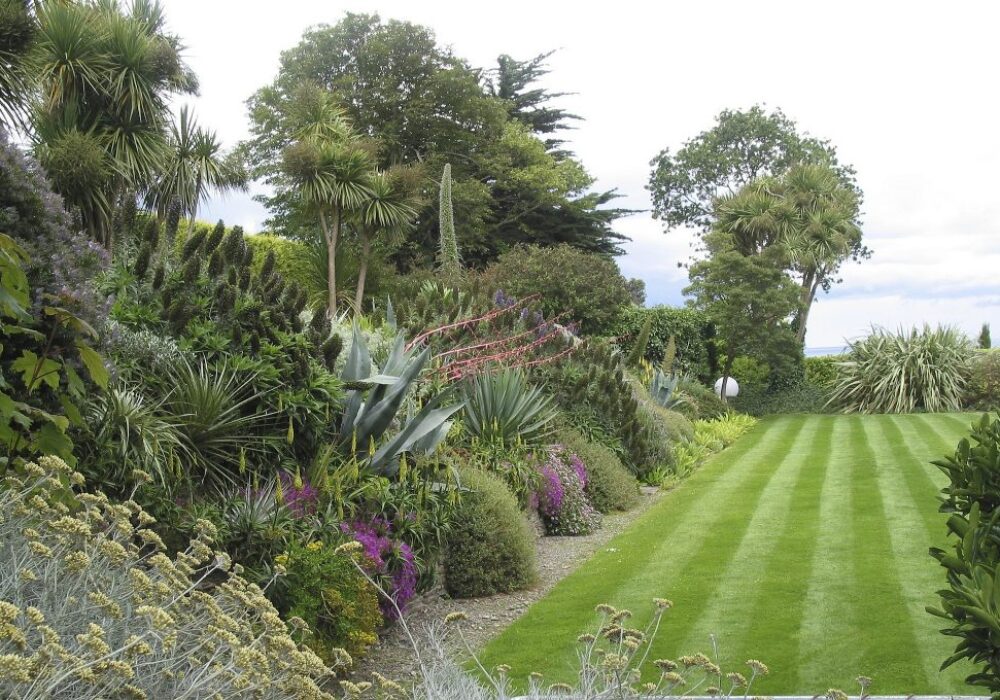 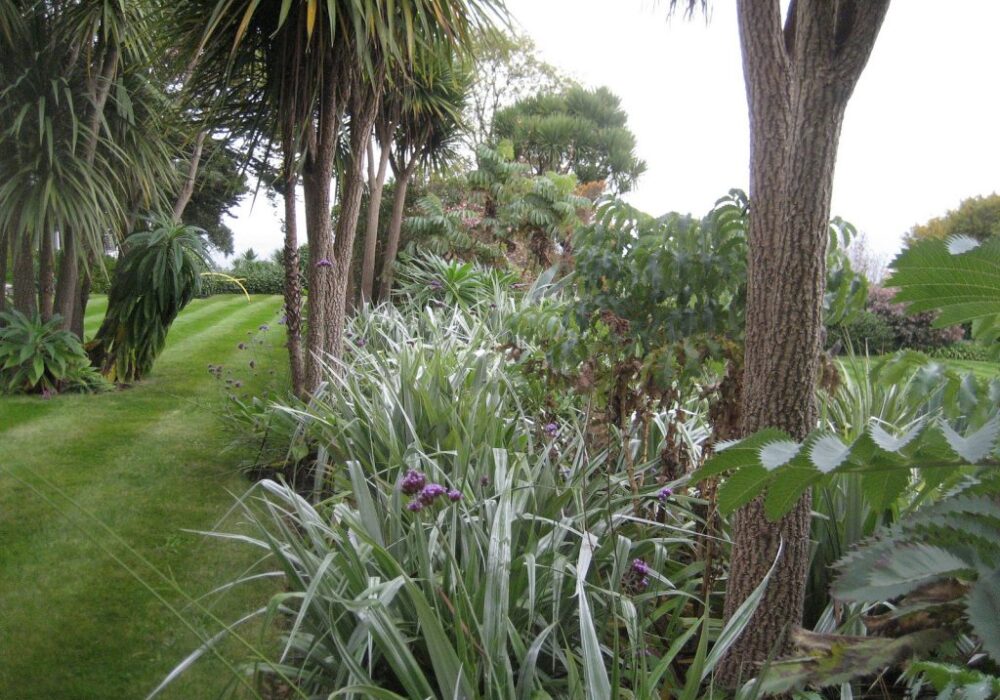 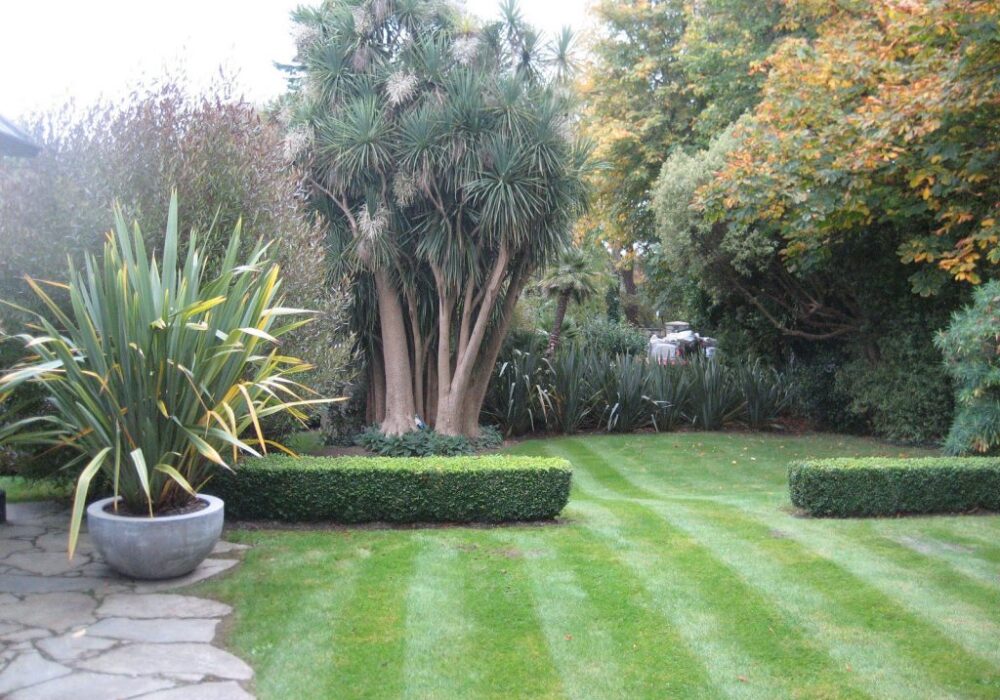 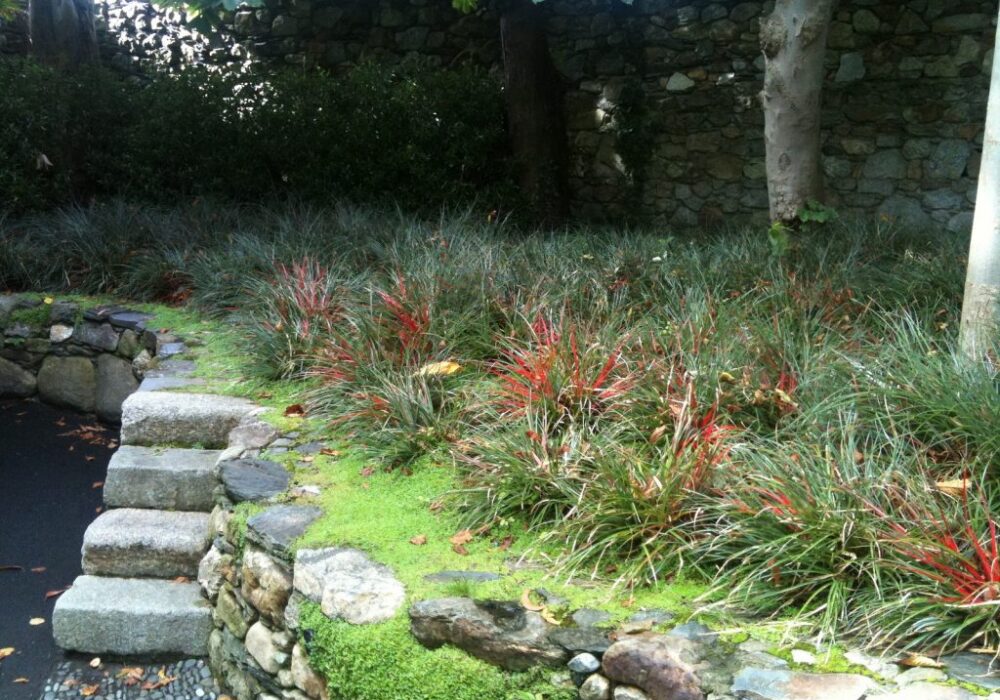 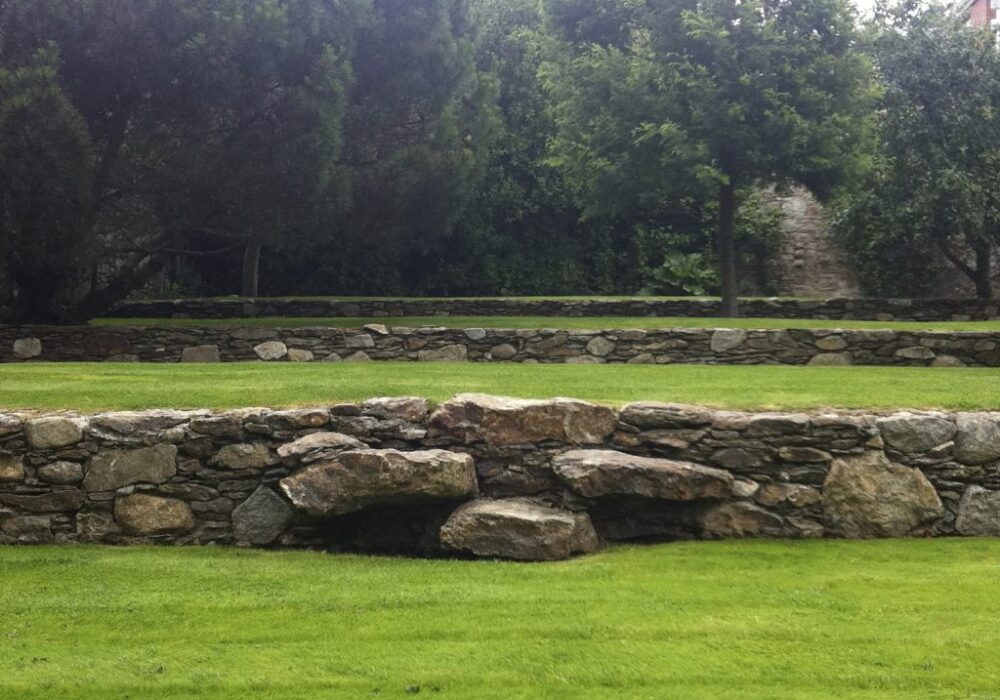 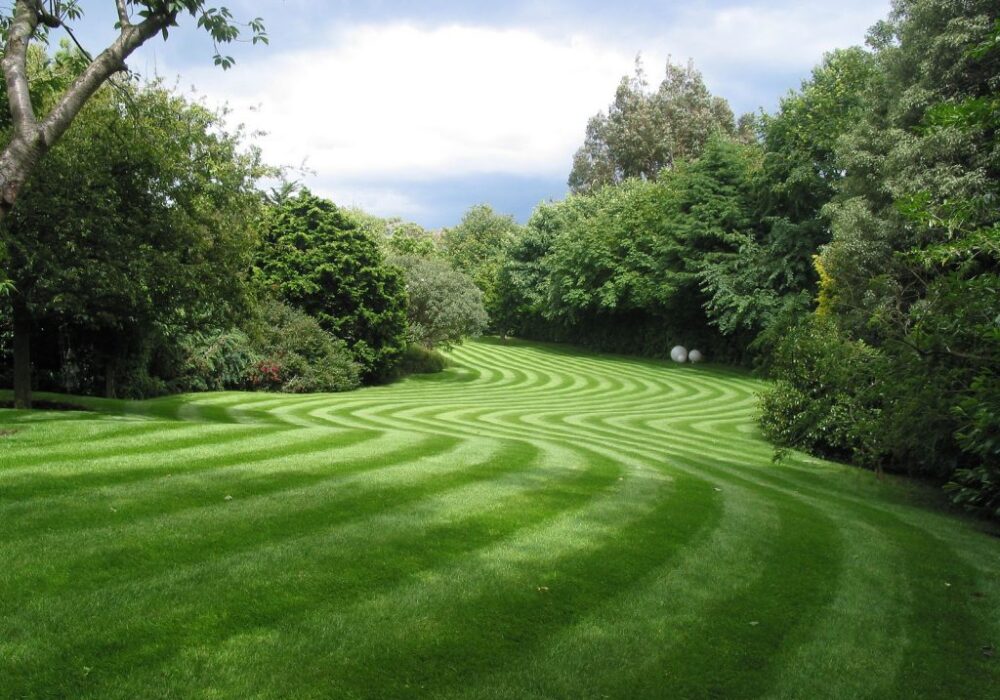 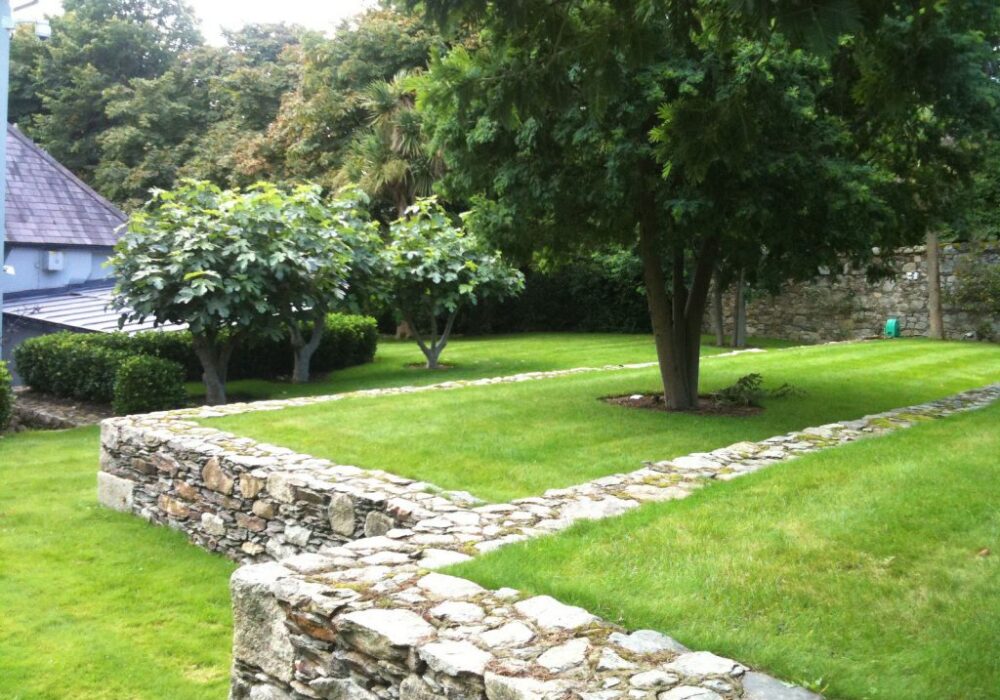 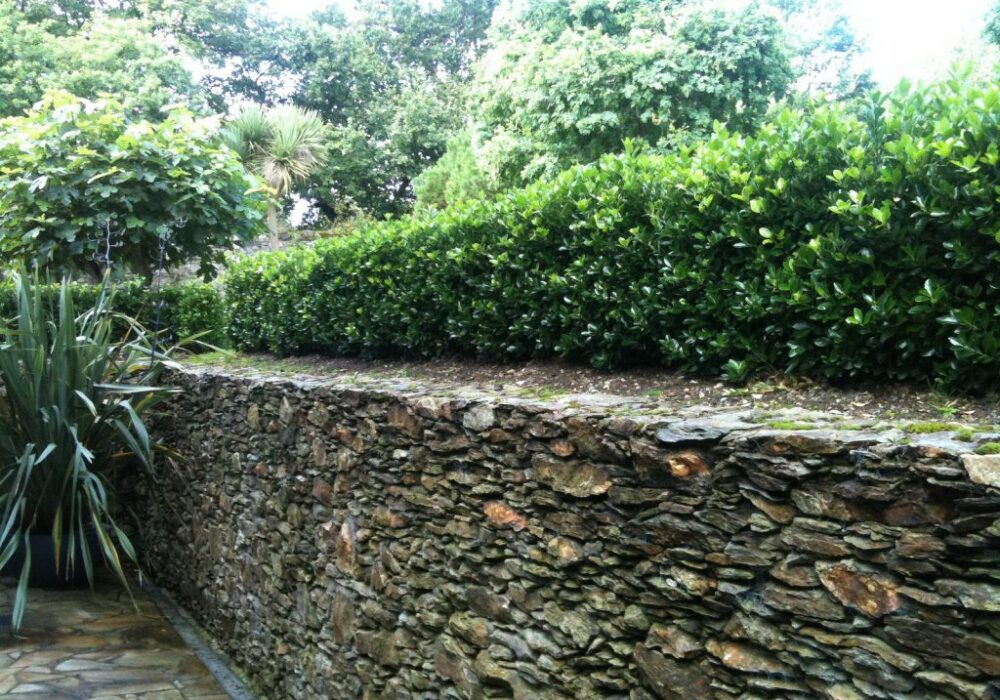 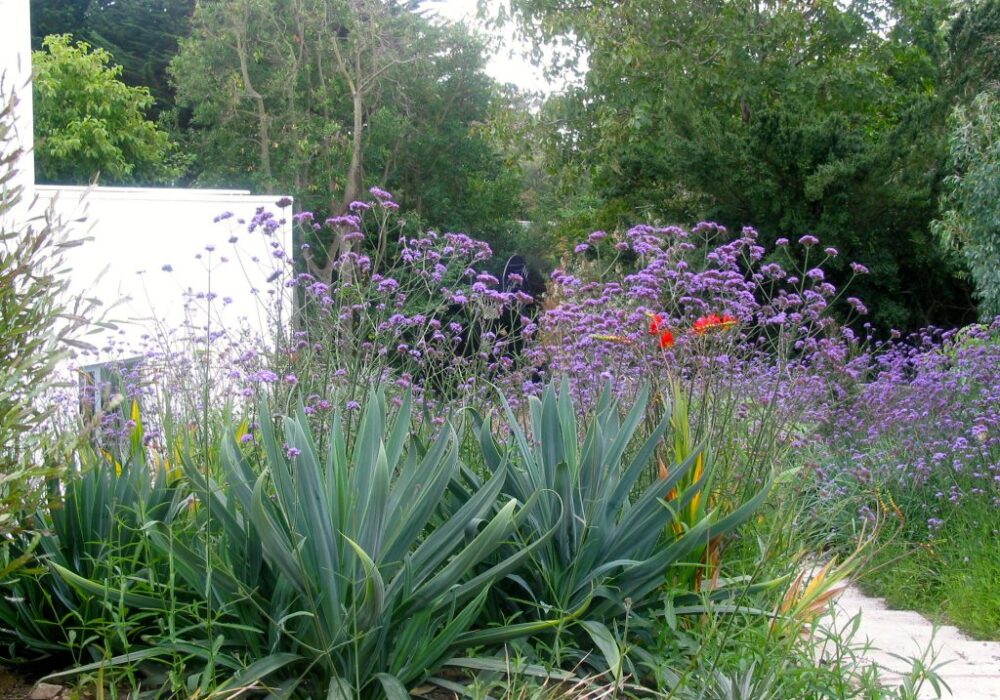 This 3 acre site underwent a revamp while retaining as many existing elements of the garden as possible. The legacy of planting was very much from the 1970’s and on which we wanted to capitalise and give a twist.

The large and long shrub bank to the left of the main lawn was stripped of most of its shrubbery and replaced with succulents that would love the parched and depleted soil – the fact that the bank received winter sun also ensured that snow and frost would never settle for long and as a result there have been very few casualties from the hard winters of the recent past.

Terracing was created in the sloped and walled rear garden using local shale and Wicklow granite to create a clean , pared down feel. Into this space , 5 semi mature Acacia dealbata & a large Cork Oak were planted along with fig, apple and pear trees

An openness has been maintained between the different garden spaces around the property so as to allow a flow throughout.